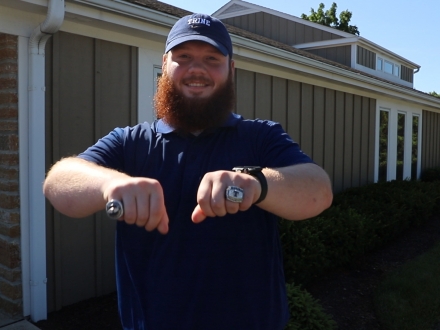 Noah is helping our technology department this summer. He’s currently a junior at Trine University in Angola, Indiana. Noah is an offensive lineman on the football team which won their conference championships in 2017 & 2018.

He’s No. 1: His biggest achievement to date is being the first person in his family to go to college.

Play ball: Visiting every Major League Baseball stadium is on his bucket list.

Do you believe in magic? If he could be any fictional character, he’d be Harry Potter, so he could cast spells.

Noah is from Elida, Ohio.