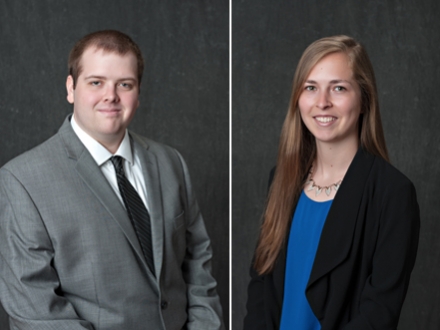 Garmann/Miller has added two mechanical designers to its growing team. Daniel Hogenkamp of Coldwater and Ashley Michael of Anna recently joined the firm.

Daniel received his Bachelor of Science in Design Engineering Technology from Trine University in Angola, Indiana, in May 2018. While attending college, he participated in an engineering co-op with Indiana Marine Products for two semesters. He is a 2013 graduate of Coldwater High School.

Ashley received her Bachelor of Science in Agricultural Engineering specializing in structures and facilities from The Ohio State University in May 2018. She is a 2013 graduate of Anna High School. While in college she had an internship with the City of Urbana Engineering Department. Ashley is a member of the American Society of Agricultural and Biological Engineering (ASABE) as well as ASHRAE.