User warning: The following module is missing from the file system: pathauto. For information about how to fix this, see the documentation page. in _drupal_trigger_error_with_delayed_logging() (line 1156 of /home/garmannmiller/web/garmannmiller.com/public_html/includes/bootstrap.inc).

Fostoria City Schools was able to pass a bond issue for a monumental facility upgrade in November of 2015.  In collaboration with the Ohio Facilities Construction Commission (OFCC), Fostoria City Schools are constructing a new Junior High/ Senior High School Building that will serve approximately 800 students from seventh through twelfth grade adjacent to their existing high school gymnasium and performing arts center. They are also renovating their existing intermediate school building and adding a 15,000 SF building addition that would serve approximately 950 students from pre-kindergarten through sixth grade.

The new Fostoria Junior High / Senior High School Building is a two-story, 126,606 sf building that was designed by Garmann/Miller Architects-Engineers.  After conducting several visioning sessions with the administration and staff, it was decided early in the design process that the school district needed a progressive, flexible facility that had a strong emphasis on state-of-the-art technology and loose furnishings that allowed for multiple space configurations.

Being adjacent to the existing high school building, which lacked any focal point, there was strong emphasis on creating a monumental entrance in the new building.  In alignment with the main street supporting the school district’s campus, the main entrance incorporated glazing, metal wall panels, and school graphics to create a signature focal point for visitors, students, and staff coming to campus.

Academic classrooms are clustered around four extended learning areas that allow flexibility in the learning environments through the implementation of several operable wall partitions, which can separate classrooms into a variety of different configurations.  Similarly, the loose furnishings in all the classrooms allow multiple configurations for collaborative, student-led learning or traditional instruction.  Adjacent to the extended learning areas are teacher preparation rooms that allow the grade-level staff to collaborate among their peers.  Large-group restrooms, staff workrooms, individual staff restrooms, and custodial rooms complete the center of the pods.  The media center, next to adjacent computer labs, is centered between the two multistory academic pods, placing an emphasis on this flexible and technology-friendly educational hub.

The Fostoria Elementary School Building is significant renovation and small addition to the school district’s existing intermediate school building.  As part of the school district’s OFCC master plan, it was determined that three existing elementary buildings would be consolidated into the existing intermediate school building and then the other buildings would be abated and demolished.  Renovations included a complete standing seam metal roof system replacement, new paint, lockers, casework, flooring, ceiling tiles, site work, and electrical, plumbing, HVAC, and technology upgrades, and the building addition included nine new academic classrooms that would support the pre-kindergarten and kindergarten grade levels.

Both school building projects are located on a 104-acre site on the school district’s existing campus. In dealing with an existing site that needed to maintain normal daily operations of the school district, construction phasing was critical for the overall safety of students, staff and visitors and the success of the project.  The existing campus, which also includes multiple athletic practice and game fields, playgrounds, and the existing school building which has been converted to District Offices, is adjacent to residential neighborhoods.

With a focus on enhancing the environment for learning and minimizing building operating costs, the project includes sustainable features such as daylight glazing, a high efficiency HVAC system, outdoor learning labs, durable material selections, and water-efficient equipment and fixtures. The District’s investment in terrazzo floors and a standing seam metal roof will save them on maintenance costs for years to come.  The building is currently expected to achieve Certified Certification in LEEDv4 for Schools. 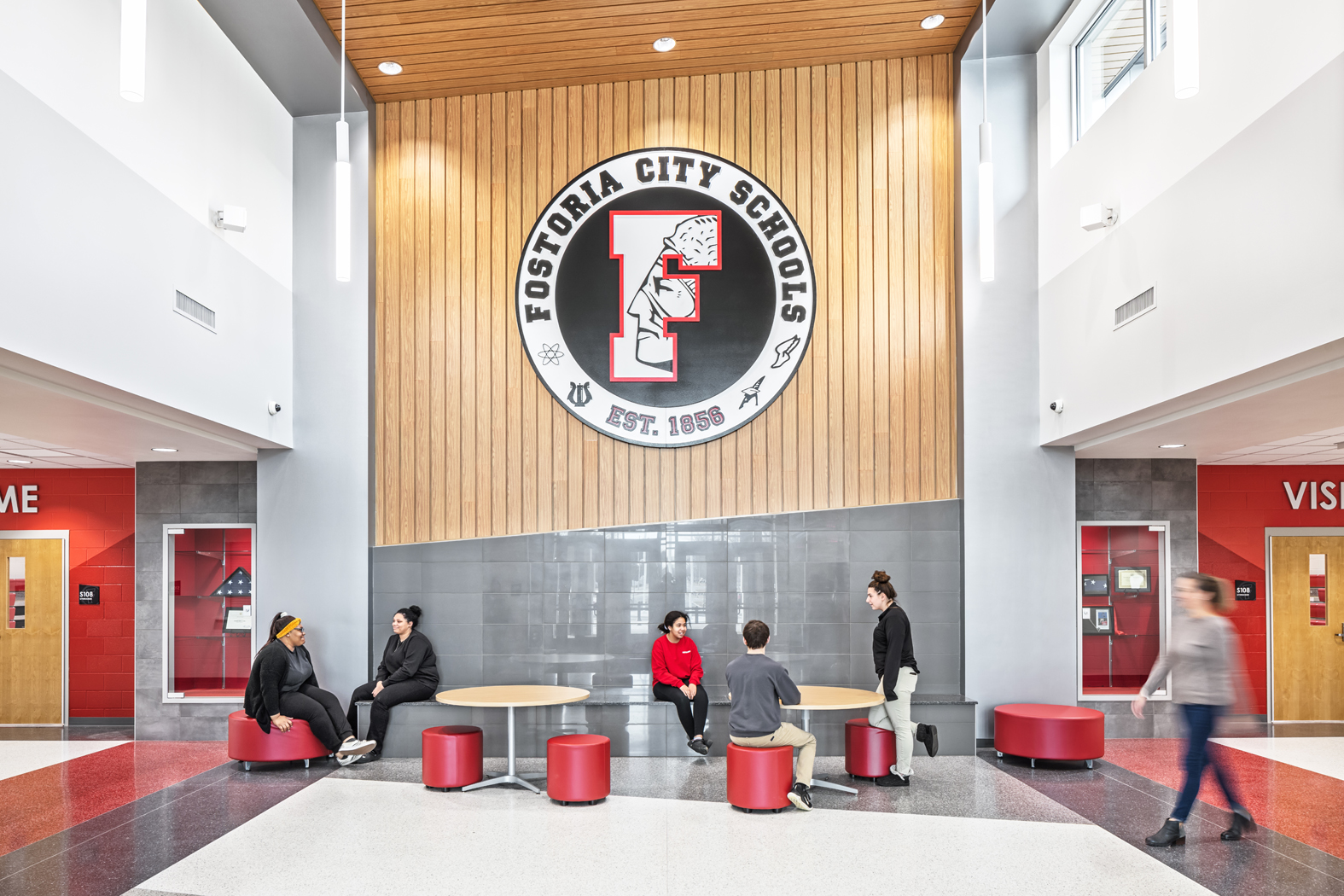 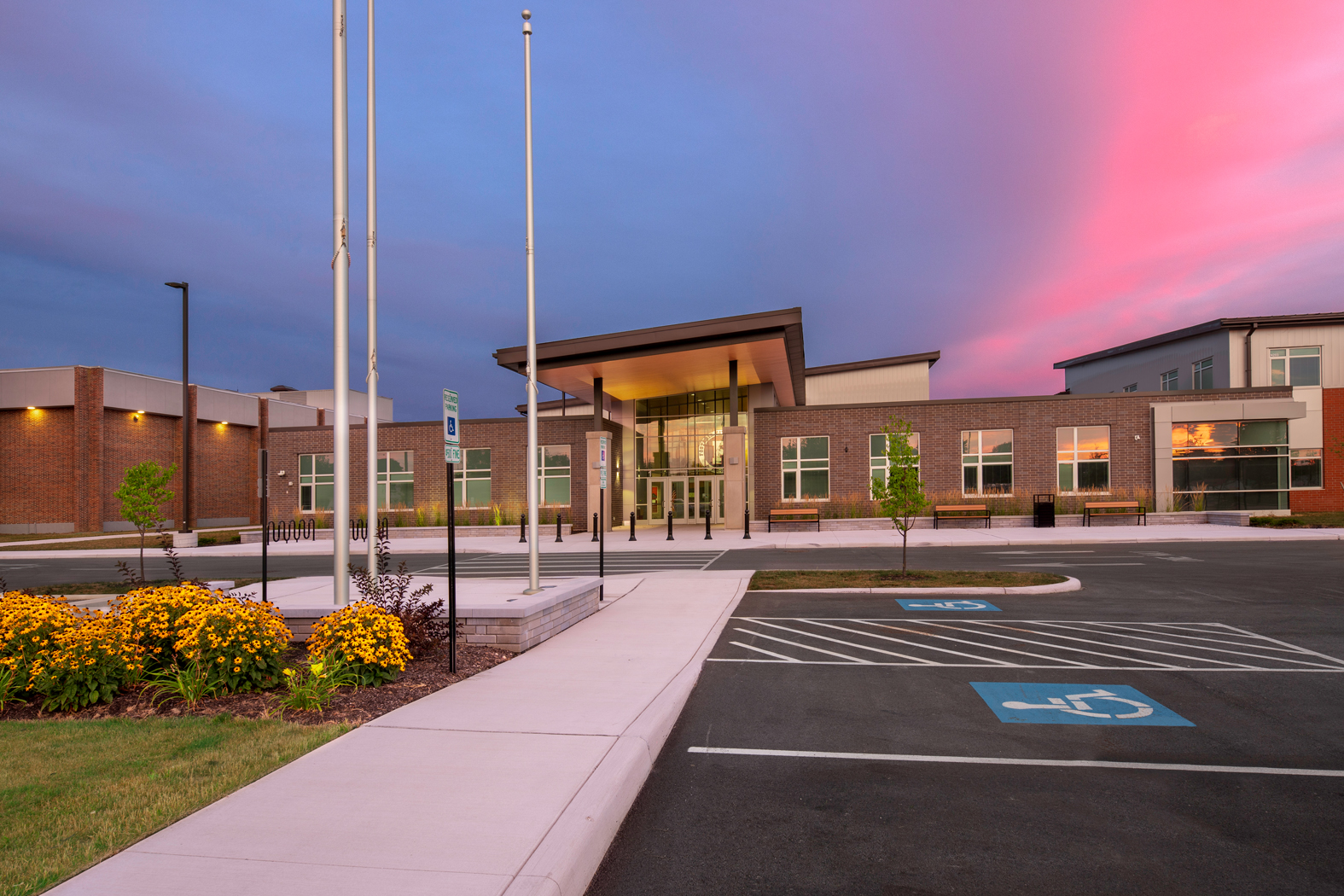 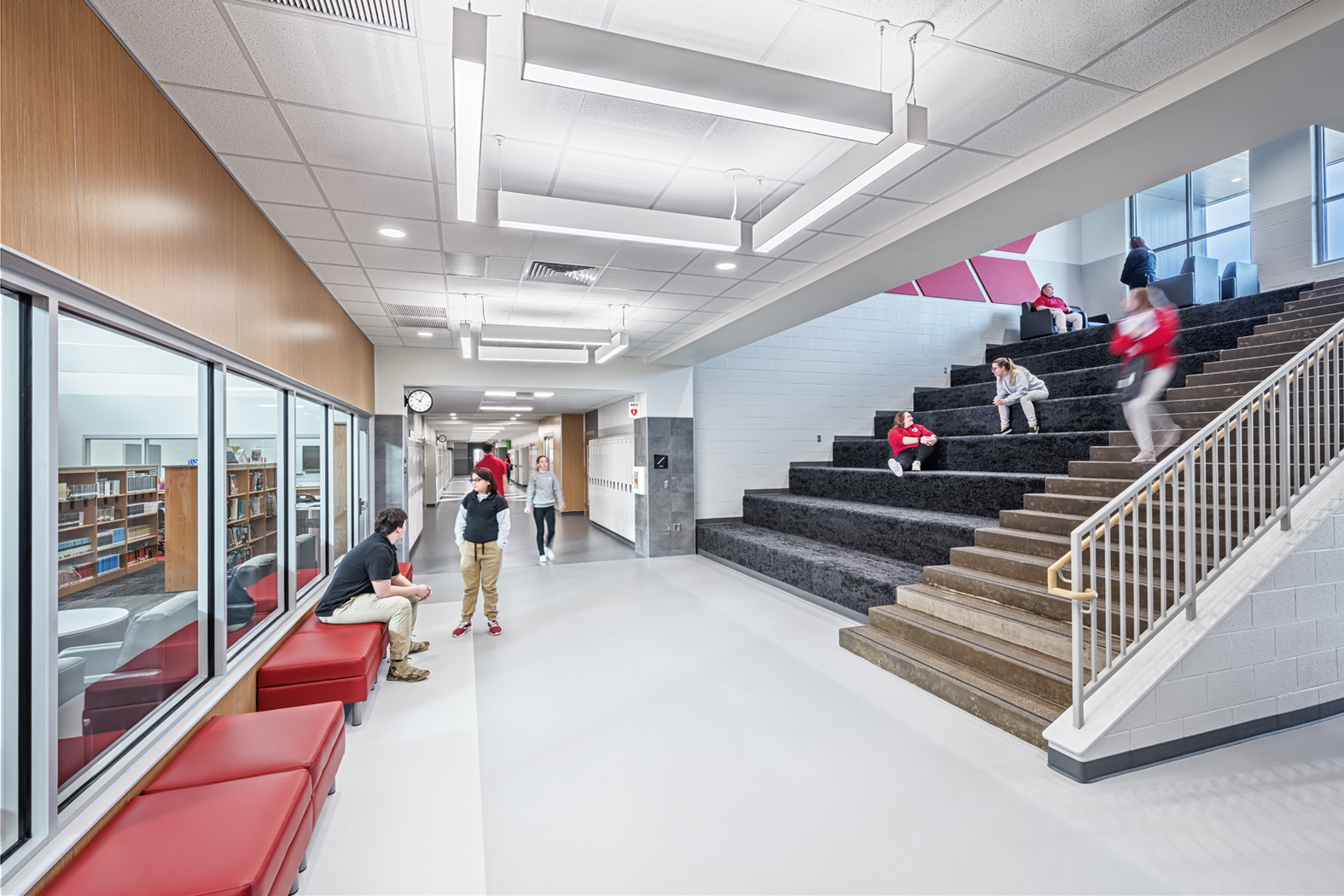 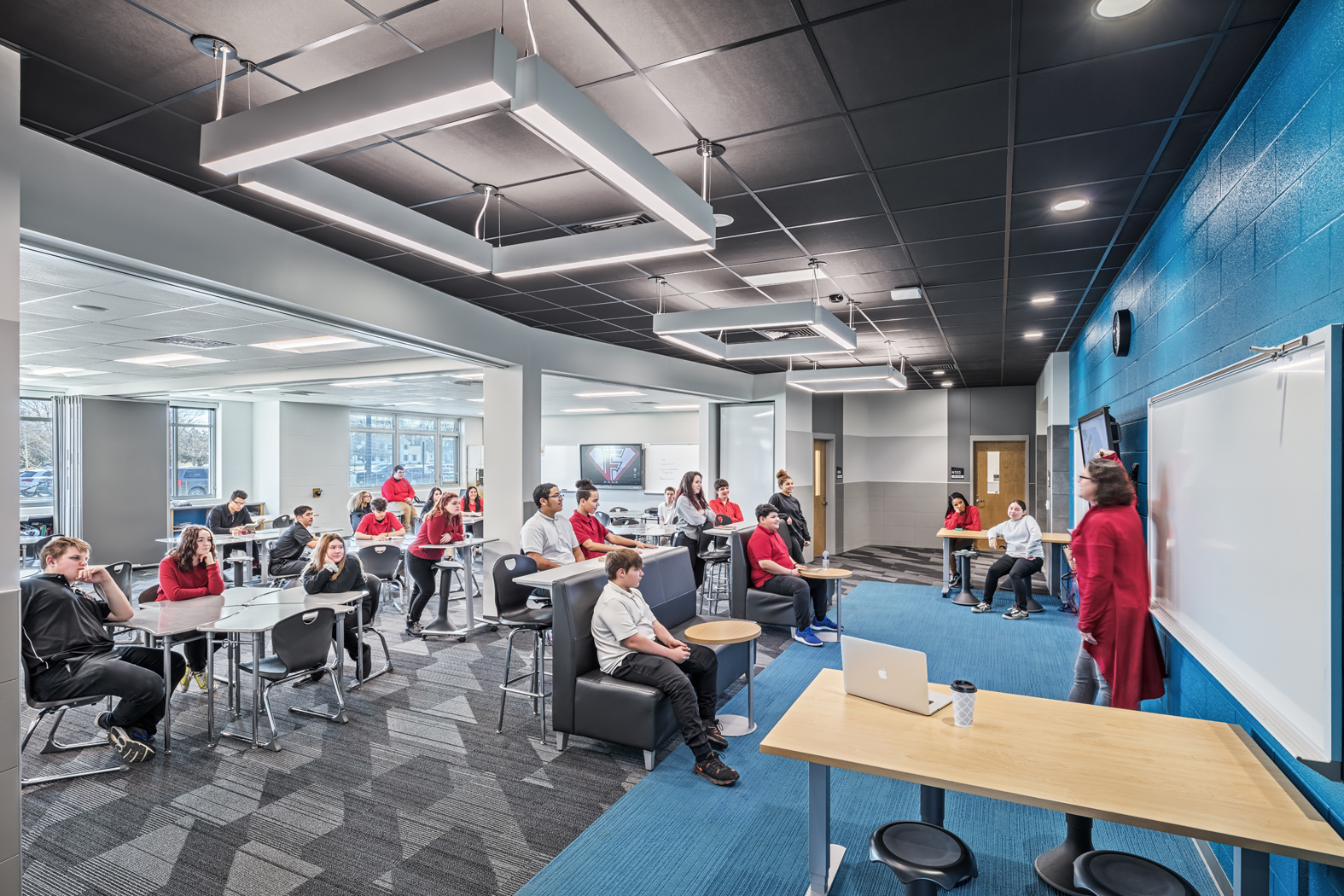 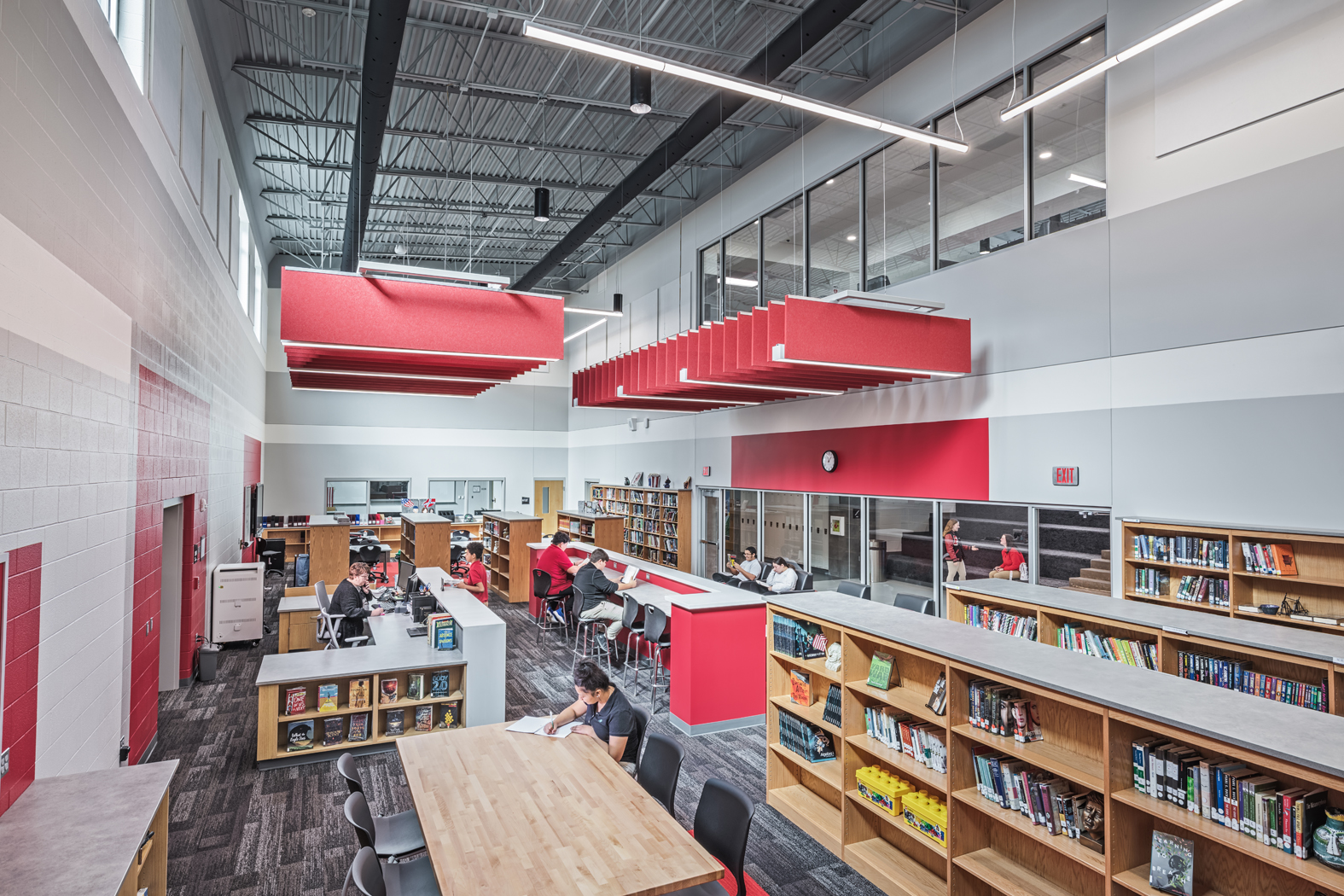 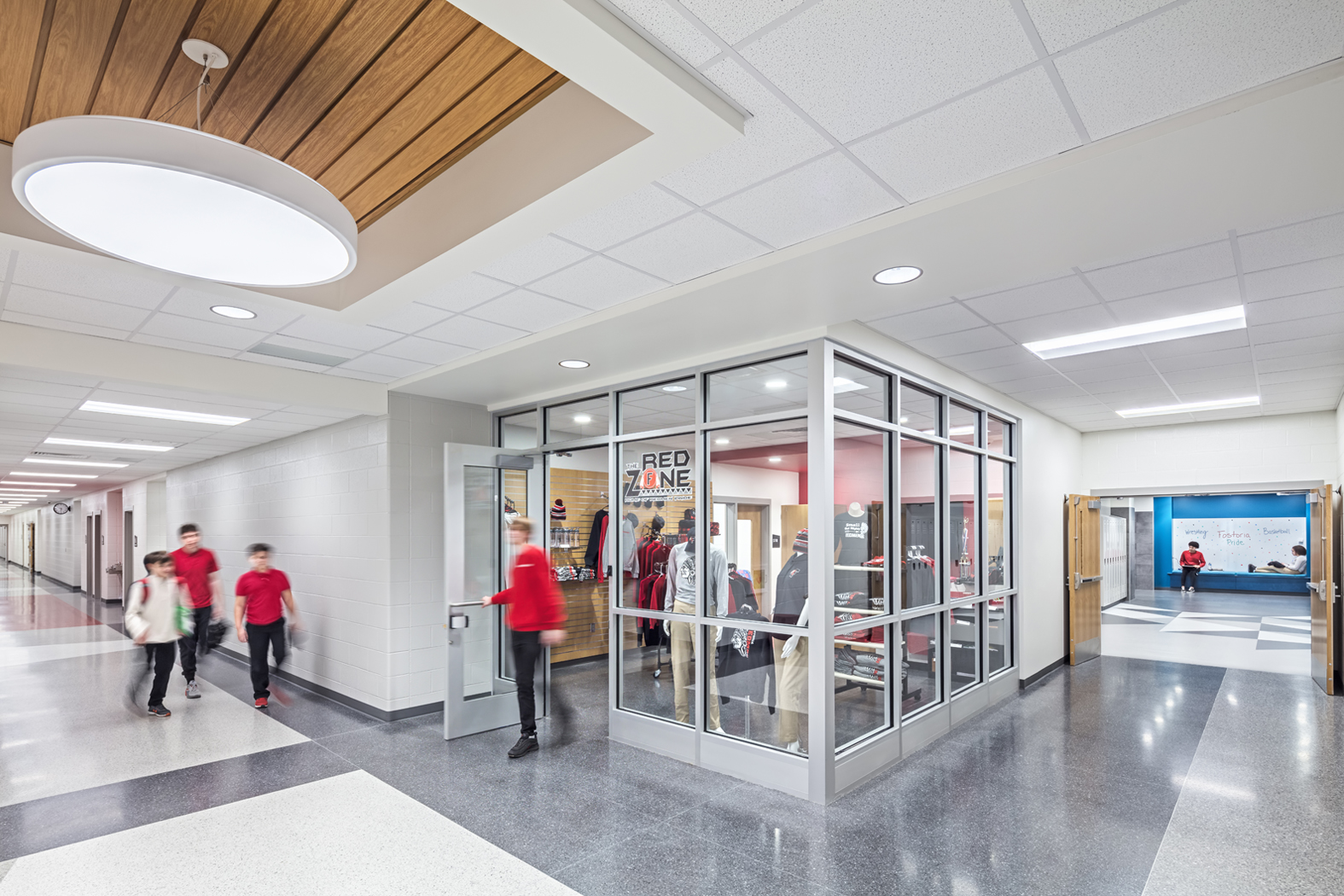 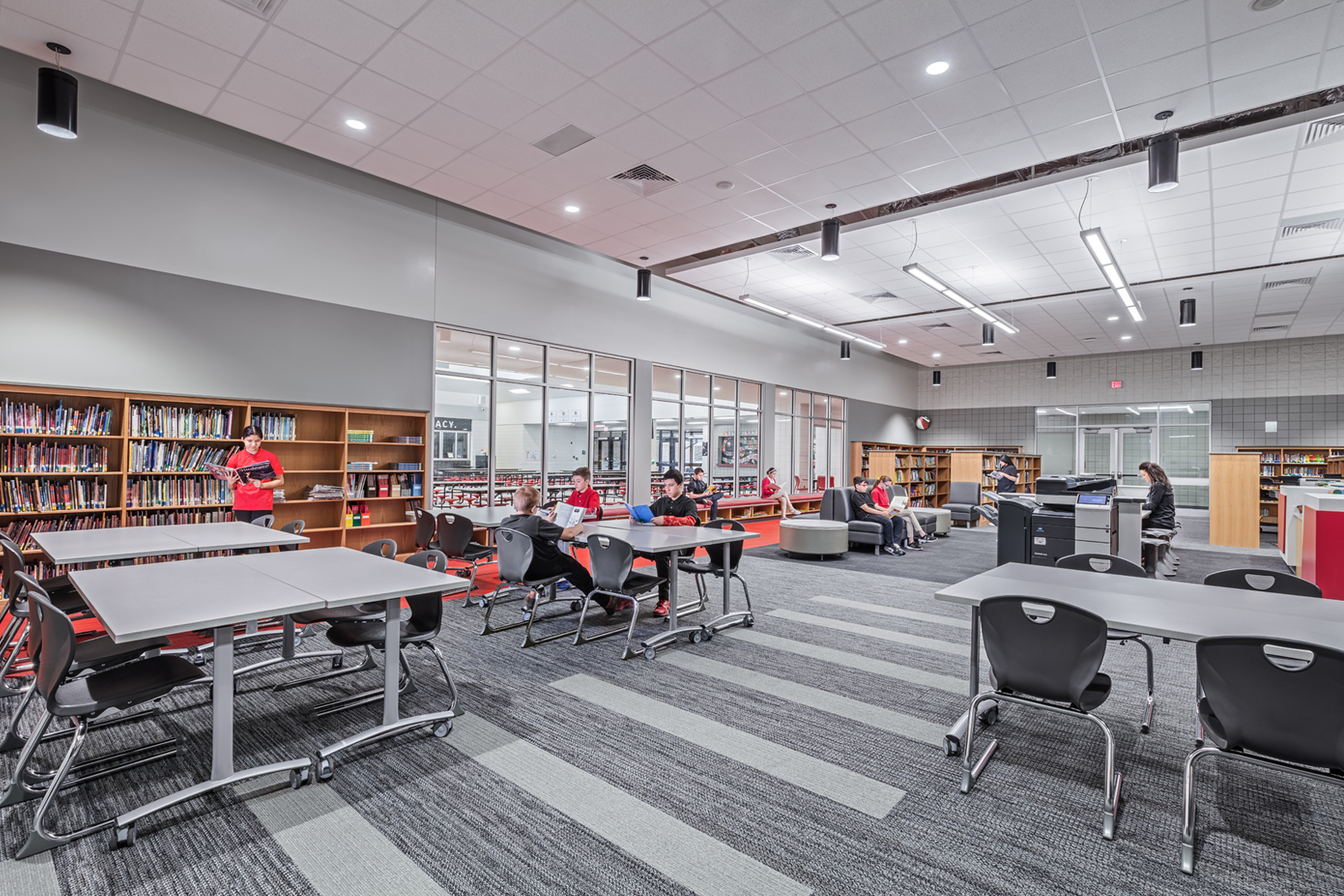